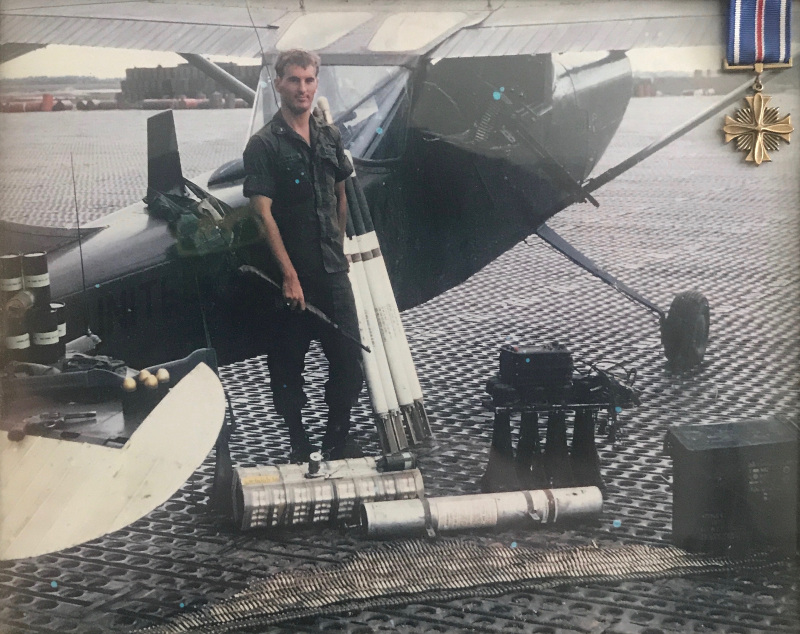 We believe in doing things right!

I can't tell you anything worthwhile about The Bike Shoppe without first introducing the man responsible for its creation: Ralph Howard.  Ralph's life is an impressive success story emphasizing the value of hard, honest work doing something you love. Ralph truly has lived an inspiring and interesting life. Maybe if we're lucky he'll someday have a biography written about his adventures.  For now, these few paragraphs will have to do...

Ralph grew up in Fort Lauderdale, Florida. As a teenager, he fell in love with flying airplanes, and he would often fly his father around on business trips. He remembers flying so frequently that it was more common for him than driving a car! To this day, he still loves to fly.

As a young man, Ralph was drafted into the United States Army as a pilot in the Vietnam War.  He's very proud of his service.  He was decorated with the Distinguished Flying Cross for acts of heroism and extraordinary achievement while flying. His life in the army played a significant role in shaping who he has become today.  He is honest to a fault, incredibly hard working, and precise in everything he does. His motto (always taught by personal example) is: "Do it Right!...or don't do it at all". That motto is ingrained in every employee from their first day to their last.  We believe in doing things right! 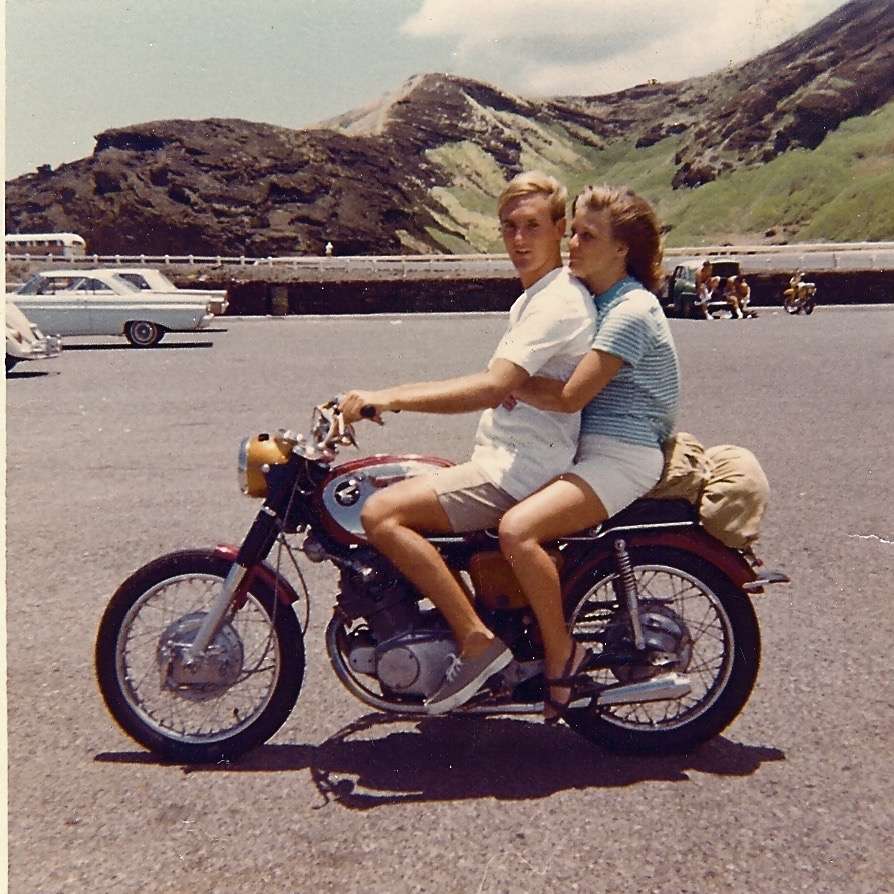 A Natural Knack for Mechanics

One of Ralph's funny stories tell of how he convinced a cargo company to ship a motorcyle to where he would be stationed in Hawaii.  Employees joked they would ship the motorcycle for free if he could fit it into a specific-sized box. Without any tutoring or previous experience, Ralph disassembled the motorcycle breaking it down to a thousand individual parts.  He mastered the game of 3D Tetris by carefully packaging each part in such a way that the entire motorcycle comfortably fit in the required container size!

Once in Hawaii, he reversed the process and successfully re-assembled the motorcycle.  It provided him with cool wind-in-the-hair transportation while serving on the island.

The photo on the left shows Ralph and his wife Madelyn riding their newly assembled motorcycle.  Don't judge them for not wearing helmets...it was the '60's! 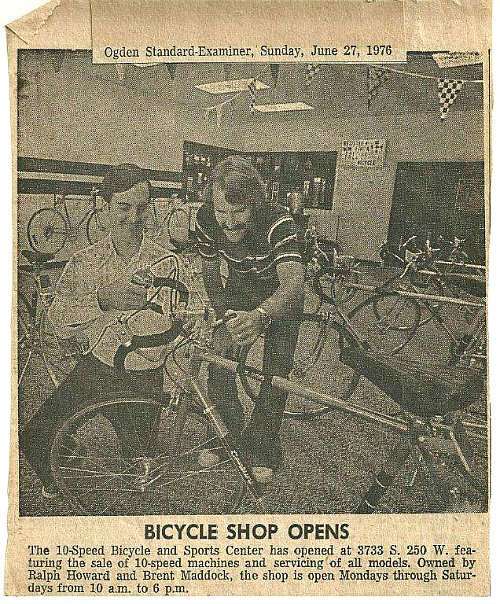 In 1976, Ralph was approached by his brother-in-law, Brent Maddock, about a crazy idea to open a sporting-goods store. Neither of them really knew much about bikes, but Ralph agreed.  They devised a plan and went to work together to get the new business up and running. Over a sunny weekend in early June, Ralph and Brent drove to Long Beach California and purchased six bicycles.  The following week they opened shop in a small strip-mall behind the current Newgate Mall in Ogden. The 10-Speed Bicycle and Sports Center was born. Ralph recalls selling one bike the first day they opened.

While Brent quickly lost interest in their business venture, Ralph dug in his heels and made a go for it.  He wasn't afraid to work hard, he had an impressive knack for mechanics, and he was beginning to fall in love with bicycles.  His first two employees were his oldest sons:  four-year-old twins Matt and John. Even though their 'employment' was sometimes stressful for Ralph, he admits they learned pretty quickly.  If Matt ever tells you he's been doing this his entire life, he's being literal!  As far as discipline, work ethic, precision, organization, and cleanliness are concerned, Matt learned from the best.

In 1978, Ralph changed the name of his business to The Bike Shoppe.  He chose the archaic spelling of 'Shoppe' hoping to emphasize his obsession with vintage qualities like hospitality, industriousness, and attention to detail. 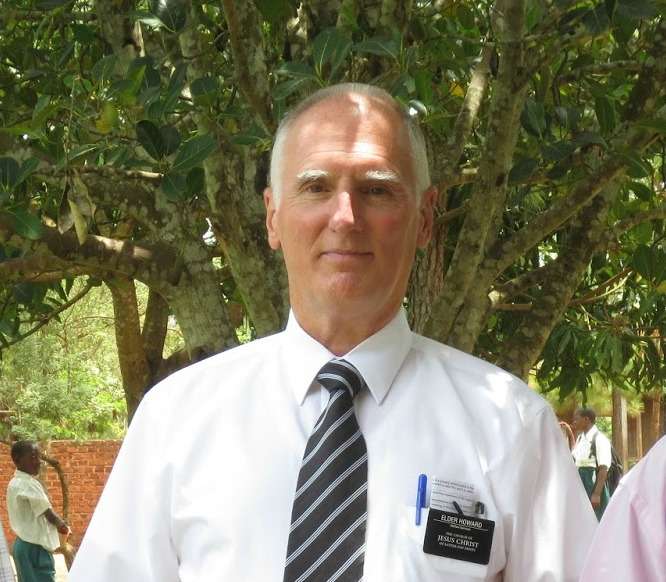 After 20 years of growth behind the Newgate Mall, Ralph knew it was time to expand. One evening, as he was riding his bike home from work, he got a flat on the corner of 4400 and Washington Boulevard in South Ogden.  Looking for a place to work on his bike, he found a large piece of plywood laying flat over weeds on the vacant lot.  While fixing his flat, he noticed the board he was using was actually a "For Sale" sign with a phone number listed. The following day he called on the lot. Eventually, the lot was purchased, and plans for a newer and bigger Shoppe were born.

After nearly 40 consecutive years in the biking business, Ralph decided it was time to move on.  He passed the baton to his oldest son and first employee, Matt. Since retirement, Ralph has continued his active lifestyle. Together with his wife Madelyn, he has served two service missions (currently serving a third) to Beliz and Africa for The Church of Jesus Christ of Latter-Day Saints.

It's been over 10 years since Ralph retired, but those same qualities that he tenaciously wove into the Shoppe for so many years still define us today. Our intent is to provide each and every customer with an absolutely amazing experience. We can take care of any cycling need. When you come into the The Bike Shoppe, notice the clean, organized atmosphere we work hard to maintain. You'll be immediately greeted by our friendly staff. We're happy to serve anyone who walks through our doors, and we're thrilled that you've given us a chance to earn your business.

Why Shop at The Bike Shoppe?

Whether  you're looking to purchase a new bike, repair a used bike, or get more performance, comfort or power out of your existing bike, The Bike Shoppe  has the product mix, experience, knowledge, and expertise to help you  capitalize on your cycling investment. We know bikes. We love bikes. We can't wait to share our enthusiasm with you!