What is a 29er bike? What exactly makes 29ers so capable? What kind of riding are they best suited for?
And most importantly, which one should you buy?

Read our Guide to 29er Mountain Bikes, learn the benefits of going big,
and choose the right 29er for your style of riding.

This guide breaks down the 29 inch wheel platform so you have all the information you need to find a great 29er that suits your riding style. Learn the story of the development of 29ers as well as the benefits of riding larger wheels and where they excel most. Then choose from front suspension or full suspension and find the right 29er for you.

A 29er bike is a mountain bike with 29 inch wheels, a wheel size that has become the most popular and most capable for trail riding. 29er bikes are great for all types of rides and they offer lots of performance benefits that can make riding easier, faster, and more fun. Check out all the benefits and reasons to ride a 29er below.

While they may not be the right choice for every type of riding or every rider, the data is clear that 29 inch wheels provide serious benefits in certain aspects of mountain biking. What are the benefits exactly?

Rollover Ability: A wheel's rollover power can be determined by examining the attack angle, or the angle formed when a circular object touches a square object. 29 inch wheels, with their larger diameters have a shallower attack angle, meaning that they can roll over trail obstacles like rocks and roots with less impact. Between the two prominent wheel sizes, riders on 29 inch mountain bikes will, if all else is equal, enjoy a smoother ride and experience less fatigue from hard-hitting bumps. 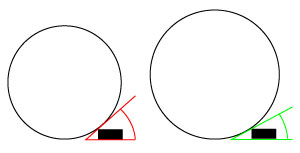 Grip: 29 inch wheels have a larger circumference, which leads to a tire with more surface area and a larger contact patch with the ground. When comparing similar tread patters and widths, 29ers provide more traction than bikes with smaller wheels. 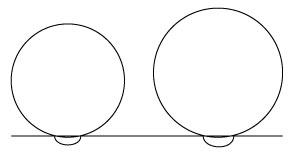 Speed: While smaller wheels have a slight advantage when it comes to accelerating, 29 inch wheels carry overall speed better thanks to the momentum gained from increased rolling inertia. That means that on open terrain, 29ers cover more distance with less effort and allow you to reach higher speeds more easily.

Stability: Thanks to increased rollover power and traction, 29ers hold their lines incredibly well. With less jarring impacts from obstacles and better connection to the trail, the bike feels more predictable through rougher terrain and provides confidence-inspiring stability.

Sure, you can take any mountain bike on any trail. But if you were to take a hardtail down an enduro course, you'd probably agree that it's not a great idea. Or any fun at all. Having the right bike for the task at hand makes riding easier, more efficient, and above all, way more enjoyable.

So who should consider buying a 29er mountain bike? Here's what they're best for:

Technical climbs - With a more favorable angle of attack, 29 inch wheels need less momentum to roll over obstacles. On steeper climbs, you're more likely to have low speed and momentum as you encounter technical features. The advantage of bigger wheels will help you power forward and make it up those tough climbs. If you ride trails with steep, technical climbs, the benefits of a 29er are invaluable.

Stability on descents - When hitting rocks and roots has less of an impact, the bike tracks better and is more predictable. That means when you plow through rock gardens on a 29er, you feel more stable as your wheel holds it's line with a surefooted confidence. If you'd rather power over downhill obstacles instead of maneuvering around and through them, 29ers can help you do it better.

Traction on loose terrain - As stated above, a larger contact patch with the ground means more grip on the trail. Especially when riding loose terrain, you'll want every bit of traction you can get. Do you ride trails with slippery roots and rocks? What about loose, sandy gravel? If you do, you'll love how 29ers can help you climb and corner with more efficiency and confidence.

Speed and efficiency - The larger diameter of 29 inch wheels make them carry their momentum more efficiently and can reach higher speeds. If you race cross country or just want to get the most distance out of your pedal stroke, you'll appreciate how quickly 29ers can cover ground.

Front suspension mountain bikes are popular in Cross Country style riding where speed and efficiency over longer distances is key. The fast-rolling 29 inch wheels carry their momentum extremely well so riders get more out of every stroke when hammering down on the pedals. These front suspension 29ers also offer lighter weight frames with a geometry better suited for climbing than more downhill oriented models.

You should buy it if: You want to rack up KOMs, cover distances as quickly as possible, and ride trails with technical climbs. 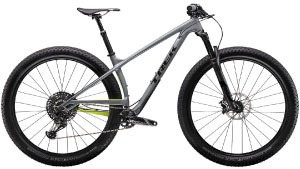 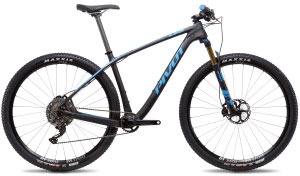 With full suspension and bigger wheels, you'll feel like there's nothing you can't handle. Full suspension 29ers have an uncanny ability to roll over anything and hold a line on the roughest trails out there. Perfect for terrain with steep, technical descents, these bikes will bring your abilities to new levels.

You should buy it if: You want a super stable, confidence-inspiring, downhill-crushing ride that's ready for the biggest terrain. 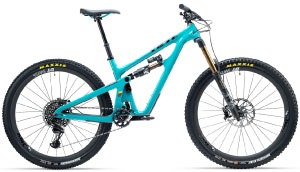 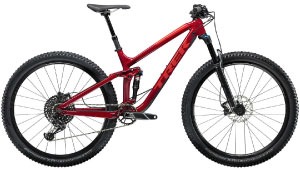 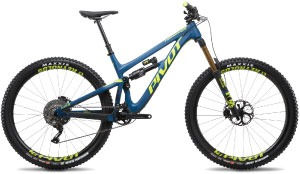 If you are looking to upgrade to a highly capable 29er frame, check out the options below. With aggressive geometries that keep you balanced and confident, you'll be shredding in no time. 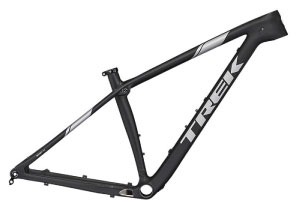 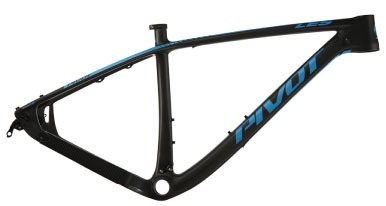 A quick search on 29er wheels will likely bring up dozens of articles detailing and debating their merits, and while the cycling industry and culture has largely accepted the bigger wheel size, there are plenty of remnants of a time when the 29 inch wheel was extremely contentious. First, the 29er had to prove itself to a world where 26 inch wheels ruled supreme.

When mountain biking was young and developing, 26 inch wheels were the golden standard. A handful of the movement's pioneers had ideas of a bigger wheel and what it could do for the sport, but lacked the materials to follow through with their vision. 26 inch rims were trusted, widely available, and cheap. Plus, no one could make a suitable tire for a 29 inch wheel at a competitive price. The 29er idea took a backseat for many years, but eventually companies took chances on prototypes and 29ers began to gain gradual traction in the marketplace, even if many of them thought the technology was simply a fad.

It wasn't until the late 00s that 29ers began to be taken seriously. More and more companies experimented with their own versions, because the "fad" just didn't seem to go away. The knowledge base and grew and led to geometry innovations that allowed the bigger wheels to show what they were capable of, and soon people were not only thinking that the 29er was here to stay, but wondering whether 26 inch wheels had a place in mountain biking any longer.

As 29ers grew in popularity, another new wheel size, 650b, or "27.5 inch", was starting out on the same path towards international recognition. By the mid 2010s, the ultimate mountain bike wheel debate was between 29ers and 650b, with 26 inch wheels loosing favor almost entirely. While few would be so bold as to say 29 inch wheels are the end all be all for every mountain biking situation, the performance benefits of 29ers have cemented its place at the top for many styles of riding.