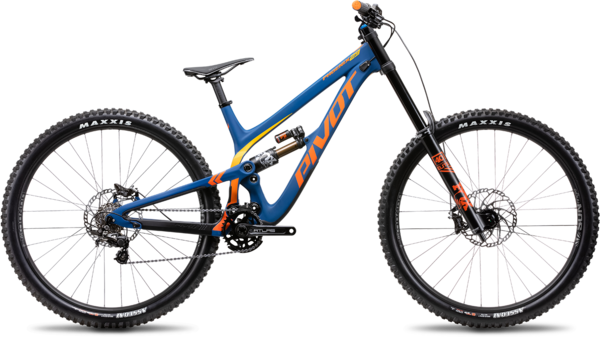 The Phoenix 29 rises from the success of its predecessor to be the next evolution in downhill speed and performance. Working alongside the Factory Race Team, our engineers started with a blank sheet of paper in order to build the downhill rig of their dreams. Everything needed to change—chassis, geometry, suspension design, and of course, wheel size. The team wanted an ultra-fast, low slung speed machine that's ready to blaze down the gnarliest of World Cup tracks. It also needed to be capable of sending it big on countless bike park laps. Well, we have good news—you don't have to dream. The Phoenix 29 is real. And it's really fast.

Speed Team
From the wide-open ski slopes of Les Gets to the treacherously steep roots and rocks of Val di Sole, the Phoenix 29 let our Factory Race Team push their personal limits like nothing else. That's because from day one our race team was highly involved with the Phoenix 29 design. Working closely with our engineering team, the racers provide direct feedback after testing prototypes in the best way possible: World Cup racing. Initial goals of keeping the ride feel as similar to the 27.5 version they loved so much were quickly superseded with advancing a bike that is even better. The Phoenix 29 is quite simply the fastest, most capable World Cup DH bike on the planet.

All the Right Moves
Without a doubt, 29er wheels roll faster, smooth out rough courses, and carry a ridiculous amount of momentum. They offer improved tracking and braking in turns too. Short 17" (44.3mm) chainstays add 'playful', 'flickable', and 'manuals for days' to its repertoire. This makes it incredibly fun in a bike park, and extremely quick in tight, technical wooded sections. Whether it's your job to win races at the highest level or you want to session the bike park with friends, the Phoenix 29 is insanely fun and always fast.

* Subject to change without notice.